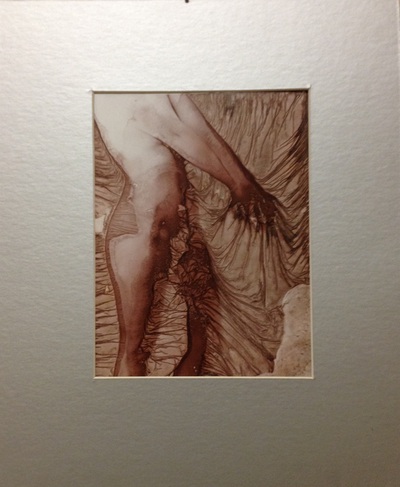 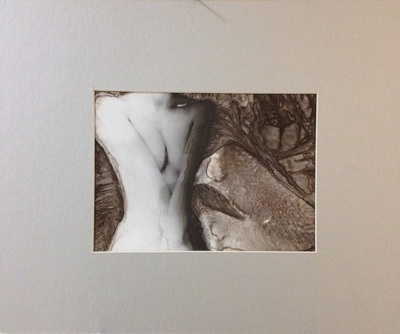 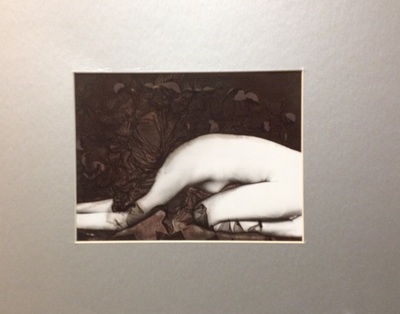 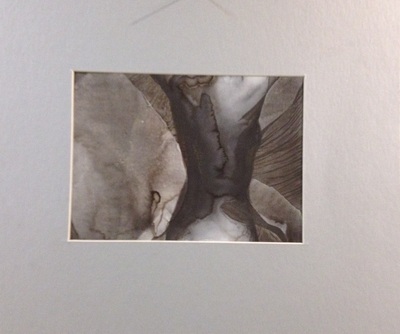 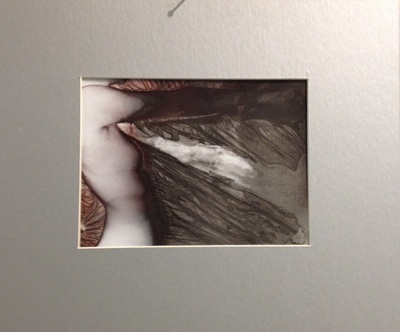 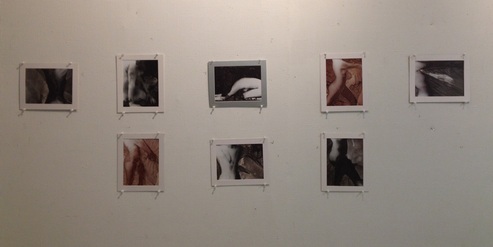 These images were all put through a mordancage solution that lifted off the top layer of photo paper, called emulsion. The veils that were created were then moved and adjusted based on how I wanted to see them or in accordance to how they fell when the image was lifted from the developer. 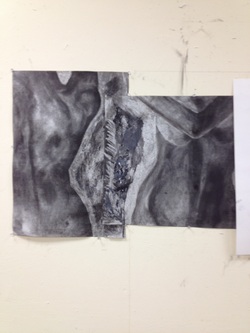 This was the combination of two reductive drawings in combination with various textures of cropped portions of the body. It was done in order to emphasize the relationship between the figure and the space that it is in.

This image was based on a gesture drawing done in class. My main influence for this project was the work of Jim Dine, with some inspiration (and play) from Eastern ink artwork.


This is an up-close version of the face, with a closer look at the mark-making that was used. I tried to emphasize the space that the figure was in for this project.

I worked with various textures and techniques in different areas of the work to create a unique and exploratory look. 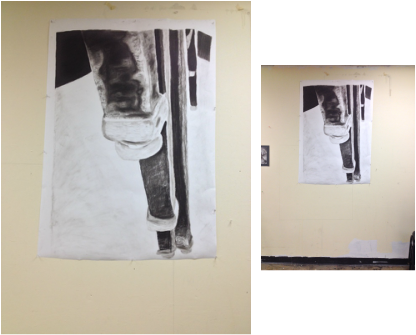 Image below projected onto wall and copied with charcoal. Paper was placed up high in order to emphasize the power of composition
Project 1 Extra
Original photo drawing was based off of 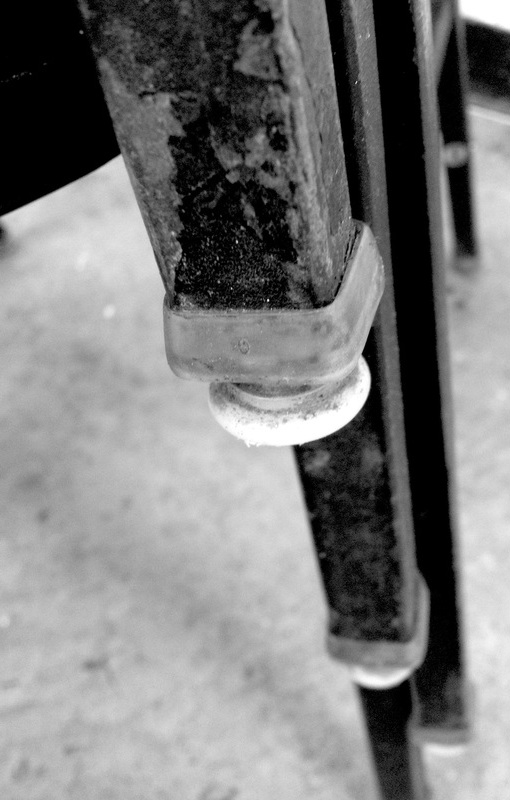