We cast a shadow on something wherever we stand.
- E.M. Forster

Since I was little I have been captivated by the way light and shadow interplay with each other. Whether it is in black and white contrast photography or playing with my shadow on the wall, it is mesmerizing to me. Contrast is naturally created in nature every day, all around us. But how often do we stop to 'smell the roses' when we are walking outside, instead of simply going from point A to point B. When we step into nature in our daily lives and take notice, we then become a part of this amazing creation.

This piece was made of transparencies hanging from a ceiling with clear fishing line. It had a large image displayed against a wall from a transparency on an overhead projector, as well. The second photo is with double light to better show the emphasis of shadow from the transparencies.
The Road Less Graveled
Ever since I was little I have been captivated by the way light and shadow inter play with each other. Whether it is in creating contrast in photography, or shadow puppets on the wall, it is mesmerizing to me. The most intriguing however, is how contrast is naturally created in nature everyday, all around us. We just have to step in and realize it.
We cast a shadow on something wherever we stand.
-E. M. Forster


Identified Beauty
Nature: n. the whole system of the existence, arrangement, forces, and events of all physical life that are not controlled by man.

We so often think of nature and say that it’s beautiful. But when do we actually take the time to really stop and smell the roses. How often in our daily lives do we take the opportunity to take a walk in this already identified beautiful thing all around us?

Standing In The Shadow
Nature: n. the whole system of the existence, arrangement, forces, and events of all physical life that are not controlled by man.

Have you ever stopped and thought what created the earth, the sun, the stars…everything around you? How do you fit in to the entire world around you? Maybe it’s time to explore the connections between the world and ourselves, especially if we are already here.

Everything that we see is a shadow cast by that which we do not see.
~Martin Luther King, Jr. 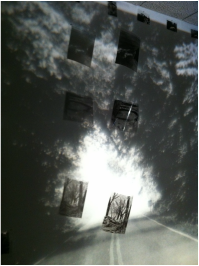 Tried with and without transparency on overheard projector. The pro's to not having the road image projected is that it brings more attention to the images themselves. Cons is that it is not as visually interesting.
I liked the images with the road projected on it better but I am definitely going to have all the images suspended (Just didn't have time when I was working on it for the picture) and will have them individually suspended at random. Will decide if I just want large or smaller images. 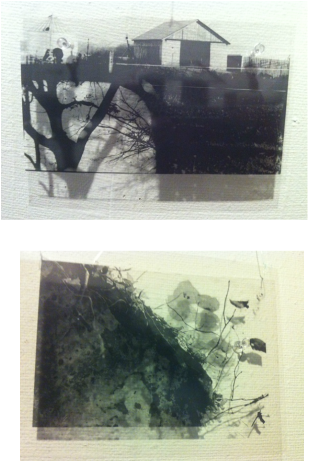 Hung by fishing line, printed on transparencies.
Placed in direct light, brought out by clear push pin to allow for shadow to be created.
Problem: having push pin less visible. 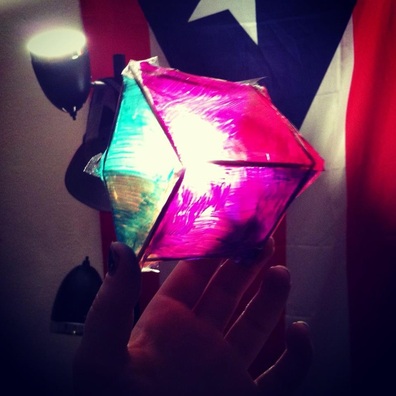